School was over for the day — actually school ended hours ago — but some of the Bunda District students lingered as the team from Powering Potential Inc. (PPI) installed solar energy systems and filled the schools’ Computer Labs with their new computers.

It had been a long and bumpy road. Delivery shipments were late; the distance to headquarters was great, adding to the logistical challenge; and grant confusion added uncertainty to the mix.

“It was a long, arduous journey,” said Janice Lathen, Founding Director of PPI, “but it had a joyful ending for 1,200 students. That made it all worthwhile. I’d like to thank the donors who made this possible.”

Our institutional donors on this project came from Tanzania and the U.S. alongside the individuals listed at the end of this blog. All are eager to provide Tanzanian students with educational resources.

The schools were chosen to bring PPI to the home district of former Minister of State Stephen Wasira who helped facilitate this program. It is a great example of PPI’s strong dedication to working closely with the government of Tanzania.

In this, the 11th, 12th and 13th installation, computers were placed in new labs for Sazira, Kabasa and Mekomariro Secondary Schools. It takes a great team to put together one school installation, let alone three.

The excitement was palpable as the students waited to begin their training course. We asked what they intended to do in the lab.

“This is a great accomplishment for our team and I am thrilled.” said Janice.

And as leaders do, she is already turning her focus to future school installations and program implementations in the Karatu District in February 2016. 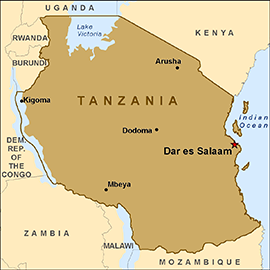 Swahili is the language of Tanzania.
Here is another taste of that beautiful language: