A special thank you to Mr. Suleiman Saleh for taking me to Pemba (an island which is part of the Zanzibar Archipelago) to view future schools for Powering Potential. Mr. Saleh is the Second Secretary for Political Affairs at the Tanzanian Embassy in Washington D.C. 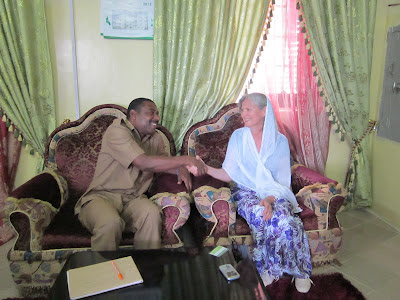 We flew to Pemba (30 minute ride) from the Zanzibar main island and as it happened we met the North Pemba Regional Commissioner in the VIP lounge at the Zanzibar airport, he was also flying to Pemba. Regional Commissioners are the highest ranking government officials in the area and are appointed by the President. He was very interested in our work and escorted us around the island to view schools. He brought us to his office and we discussed The Technology Tent with his Education Officers. He also invited journalists to attend the meeting including a videographer who videotaped our meeting. In the photo below, in his office, we have agreed on basic terms for implementing The Technology Tent in his region. He will pave the way for our work in Pemba.

In the photo below, at Kizimbani Secondary School, from left to right is Mr. Saleh from the Tanzanian Embassy; the assistant headmaster; and Muhsin Shamte, the headmaster. This will be the first school where we will implement The Technology Tent in Pemba. 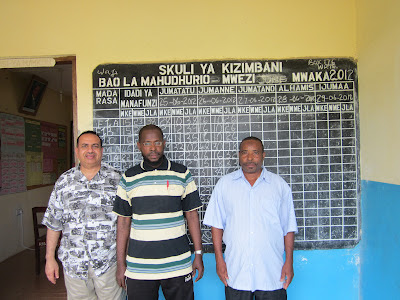 Below is the current computer room at Wingwi Secondary School. They do have some computers but they are very old and the day we were there they weren’t in use because the electricity had gone off which happens from time to time in Tanzania. With the solar power which Powering Potential installs we can avoid that problem. 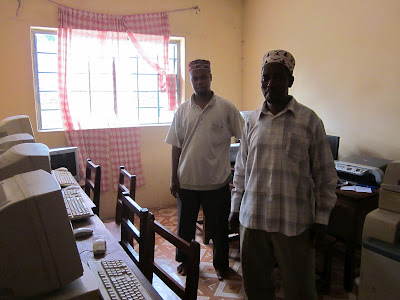 We also visited a primary school which needs English books. The following two photos are from that school: 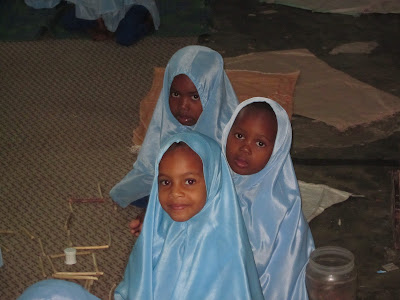 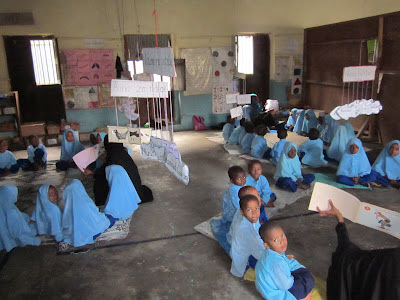 I’m looking forward to returning to Pemba and working with the beautiful people I met there!

On My Way to Work (Photos from the Serengeti)