This week, we would like to introduce you to Elibariki Magnus, who has been actively involved with Powering Potential.
Background and Introduction to Powering Potential
Elibariki Magnus was one of 28 applicants for the Technology Tent where we train new trainers. There were too many people and too few computers, but a simple decision solved the math: we would share computers.
At the end of the five-month training, there were spots for four trainers. Elibariki was Number Five. It was heartbreaking. A part-time position was created, and Elibariki began working for Powering Potential.
In his own words: 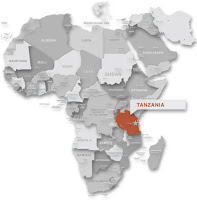 “I was born in Tanzania, Arusha region. I’m from a poor family. My father died in 2000 and my mother is a home mother. Her work is a farmer and I am the second born.
At the time I heard of the Technology Tent, I was helping my family to survive in somehow a good life.
I failed to join any college due to poverty but I could afford to join the Technology Tent. It was like a favor to me.”
After a few years working for Powering Potential, Elibariki was ready for his next step: College.
“When I’m working with Powering Potential I developed my computer skills and ultimately aspired to join a college to study computer. This is because I like to use computers.”
Because Powering Potential supports schools and not individuals it seemed like a dead end. But it wasn’t. An Advisory Board member, who requests anonymity, paid for Elibariki’s first year at St. Joseph’s College. He was on his way.
Earning high grades, Elibariki is now studying for exams in his second year. Even the government is now helping to support Elibariki’s dream to teach computers.

“Now I know the way to go in my life,” says Elibariki, simply summing up for how far he has come.

“After college, I expect to be employed. First it is to change my family’s life and, if God wishes, I would like to help other teenagers from poor families who struggle for education.”

Potential can always be hiding as Number Five. 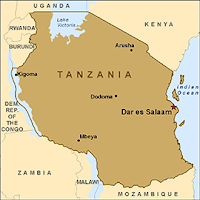 Swahili is the language of Tanzania. Here is a taste: 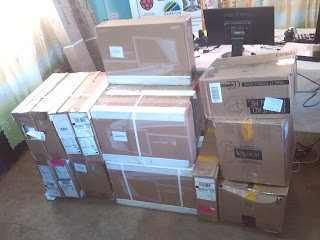 The equipment which we will use to implement our program in the Bunda District near Lake Victoria has arrived at our office in Karatu, Tanzania. Albin Mathias, Country Director, and the staff are preparing for a Phase 1 implementation at three schools: Kabasa, Sazira, and Mekomariro Secondary Schools.

Each school has prepared a secure computer lab and provided the tables and chairs. The Bunda District Council contributed 10,000,000 TZ shillings (US $5,800). The printers, keyboards, mice, projector screens, headsets, routers, Ethernet cable and solar energy systems are all purchased from Tanzanian vendors and the other equipment is shipped from the United States to Arusha, Tanzania.

The equipment shipped from the U.S. for this Phase 1 project in three schools includes:

Stay tuned for more photos of this installation which is scheduled for this month!