Powering Potential is honored to have received $56,000 from the Raspberry Pi Foundation with a generous match of $56,000 by the Segal Family Foundation. 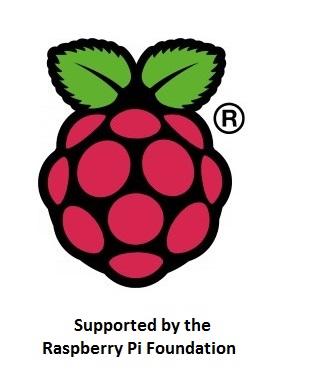 These grants will fund Powering Potential’s efforts to place the Pi-oneer, an innovative teaching tool, in 56 schools in rural Tanzania. The Pi-oneer is a portable unit which includes the Raspberry Pi computer loaded with offline RACHEL educational content and Khan Academy videos, a mobile projector, screen, and solar recharging unit that supports the entire package. Teachers can use the Pi-oneer in their classrooms to display visual representations of concepts being taught. We believe this project will plant potent seeds in fertile ground and yield a fruitful harvest of engaged and informed young people.
The Raspberry Pi computer is an energy-efficient, low cost, credit-card sized computer. The idea behind a tiny and affordable computer for kids came in 2006 from the University of Cambridge’s Computer Laboratory in England.

Potential has also been featured in the Raspberry Pi Hacks book, which helps readers turn the Raspberry Pi into the centerpiece for a variety of electronics projects. You can find more information about this in a previous blog post. Powering Potential has already placed the Pi-oneer in three schools in Tanzania, including one remote school in the Serengeti. The Ministry of Education and Vocational Training has asked to partner with Powering Potential on this new project, which will reach over 20,000 students across Tanzania. We thank the Raspberry Pi Foundation and the Segal Family Foundation for this generous support.
FacebookTwitterLinkedIn

A 'Thumb Up' from H.E. Dr. Jakaya Kikwete, President of Tanzania, at Education Week