When I graduated with my BA English in 2011, I was already a year deep into my application to the Peace Corps — an onerous administrative process that includes all sorts of criminal background checks, medical exams, and financial blah blah blah — and had been accepted on the condition that I didn’t do anything get caught doing anything unbecoming of an American representative in the period leading up to my international flight.

In the months leading up to the commencement of my service, I spent a whole bunch of money on stupid overpriced crap, including a kangaroo-leather bush hat, a hand-cranked UV water filter, some super special space-age breathable pants (with handy zip-off legs), a miniature solar panel with special and expensive rechargeable AA batteries, a wearable whole-face mosquito net, and a $300 pair of allegedly bulletproof sandals.

Oh, Africa! Land of famine, disease, dangerous wildlife, and angry-looking men with berets and AK-47s riding in the backs of trucks! Every day would be a fight for my life! I’d seen the commercials with the soft music laid over pictures of children too starved to shoo flies away from their eyeballs, and I’d seen the movies where the tattooed warlords kidnapped Westerners, and I’d read Heart of Darkness and Green Hills of Africa!

Surely my bulletproof sandals would give me the advantage I needed to survive!

In reality, most of the expensive consumer goods listed above sat unused in a corner of my Tanzanian house, which had electricity, running water, and faster internet than I’d had stateside.

My younger self had fallen for the meme of “Cinema Africa” — a highly-dramatized set piece that seems to me, looking back on my twenty-seven months in Tanzania, to be about as real as Tolkien’s Middle-earth or Rowling’s Hogwarts.

But who can blame Young Me, given the modern media’s ad-revenue-driven penchant for gloom and doom, and humankind’s evolutionary-viable strategy of paying the most attention to things that are threatening? The world’s best-kept secret: by many indicators, the global living standard is steadily improving. (Taken from World Bank Open Data.) 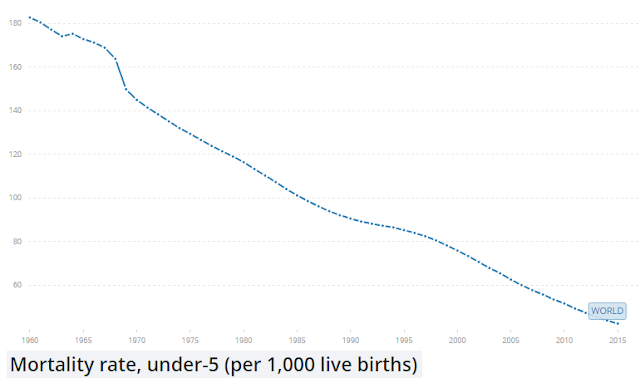 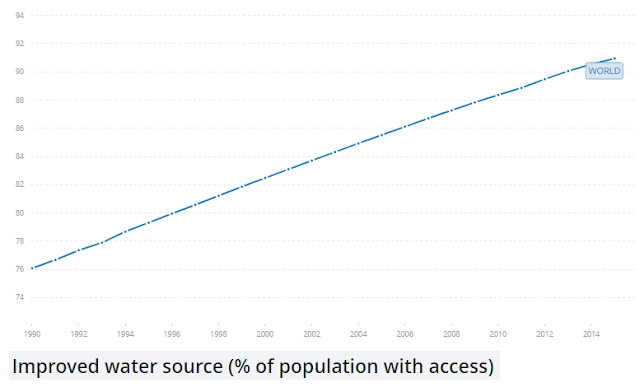 I staffed a booth for Powering Potential at a tech convention a few months back. I got to talk with a lot of people who seemed genuinely enthusiastic about our mission. Many of them shared what I see as my moral imperative to improve the lives of struggling communities living in underdeveloped countries, and have a good understanding of the current situation and of what needs to be done. They understood the need for long-term, sustainable development (versus unsustainable resource infusions), and applauded Powering Potential’s efforts to improve educational outcomes by introducing modern technology into rural public schools.

But a certain subsection of folks were visibly confused. They didn’t understand why we would bother distributing tech in rural Tanzania.

When I explained that they’re for educational purposes, one man responded, “Sure, that’s great — but they can’t eat computers!” I assured him that nobody had ever tried to eat our computers. He seemed unconvinced, and politely declined to sign up for our mailing list.

Above is Maslow’s Hierarchy of Needs. Maslow believed this pyramid represents everything an individual needs to be healthy, happy, productive, and etcetera. You’ll notice that it starts with a foundation of physiological need — oxygen, food, and water, followed by physical safety — before graduating up into the less tangible needs of love, esteem, and self-actualization.

My aforementioned friend clearly had a good understanding of Maslow’s Hierarchy. And, loyal to Maslow’s original concept, which claimed “the appearance of one need usually rests on the prior satisfaction of another, more pre-potent need,” my friend understood the pyramid as a temporal flow chart, with the lower tiers being necessarily fulfilled before one ascended into the less-tangible echelons.

Unfortunately, my friend also perceived Africa as a perpetually water-deprived and famine-stricken wasteland, with much of the population teetering on the brink of mortal disease and desperate starvation. From his perspective, Tanzanians were not yet ready to move up the pyramid.

Which is not accurate, in my two years of firsthand experience. (Not that that makes me an authority — just more of an authority than your average convention-goer.)

But, for the sake of continuing our abstract moral naval-gazing, let’s assume a situation where my friend’s perception was accurate. Let’s assume Africa is as bad as the media’s nigh-universal disaster-oriented coverage implies. Now we’ve got an interesting question on our hands.

Would my feelings about Powering Potential’s work be different, assuming a Tanzania in which a significant portion of the population wasn’t having their basic needs met?

Yes, food and safety are inarguably important — but do food and safety mark the point where our responsibilities to underdeveloped nations end? Similarly, are they so important that all other concerns are made irrelevant?

My response is this: Sherzad’s Blatantly Derivative Web of Needs.

A certain venerable philosopher once claimed that the unexamined life was not worth living. I’m not sure if I’d take it to that extreme, but I would argue that when people make reference to living life, they’re not speaking in the biological sense. (How is your aspiration, fellow homo sapian? Are you digesting your nutriment well today? — Said nobody ever.) Certainly, if you starve the stomach, one happens to die in an unambiguous way — but starving the mind can lead to a subtler sort of death.

Yes, people need food, water, and air. These are the absolutely basic requirements of life. But they also need things like education, access to knowledge and information, mental stimulation, and a sense of their greater place and purpose.

And what better way to encourage such things than to provide developing young minds with a greater portion of human knowledge? Powering Potential’s offline digital libraries may not be as vast as the internet, but they’re a whole heck of a lot better than the tattered 50-year-old textbooks I had to use over the course of my two years teaching in Tanzanian public schools.

I believe in Powering Potential’s mission. Join me in changing the world by making a tax-deductible contribution today. 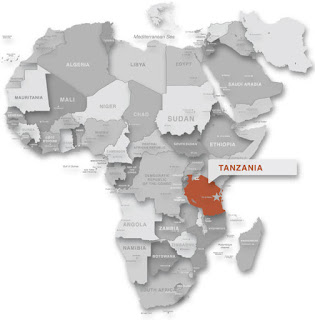 Swahili is the language of Tanzania. The following African proverbs are another taste of the beautiful language:

Intelligence is an asset.